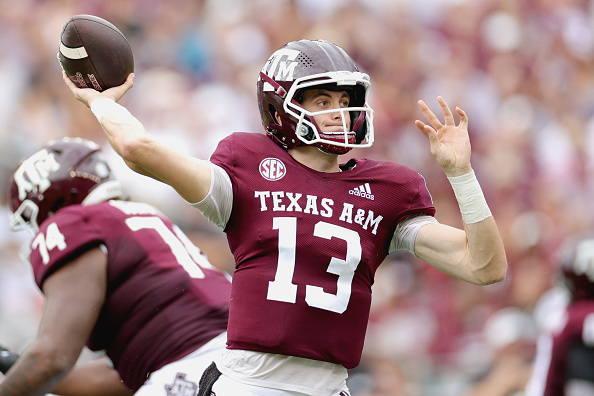 COLLEGE STATION, TEXAS – SEPTEMBER 03: Haynes King #13 of the Texas A&M Aggies looks to pass during the first half against the Sam Houston State Bearkats at Kyle Field on September 03, 2022 in College Station, Texas. (Photo by Carmen Mandato/Getty Images)

The Texas A&M Aggies opened their season with a win over SHSU at Kyle Field. Here are five thoughts on the win:

The Aggie offensive line struggled wire to wire on Saturday. Junior RB Devon Achane should be a primary weapon for Jimbo Fisher’s offense, but with little to no running lanes created by the big men upfront, Achane never got rolling. After rushing eight times for eight yards in the first half, Achane finished the opener with 19 carries for 41 yards and a touchdown.

If the Aggies want to find success in 2022, the offensive line and rushing attack will have to show vast improvements moving forward.

Before heading into the matchup with SHSU on Saturday, King had thrown 39 passes in his collegiate career. In his third career game for the Aggies, King did not provide a performance that will put A&M fans at ease.

The sophomore QB ended the day going 20 of 31 for 364 yards with three touchdowns and two interceptions. King lacked consistency throughout the game, struggling to connect on short to intermediate throws. It appeared that the Aggie QB consistently failed to locate Sam Houston’s safeties and that was exemplified by the two interceptions floated to the Bearkat defense.

A shutout to start the season. Defensive line was a bright spot for the Aggies in 2021, and even with a plethora of new faces- the disruption upfront for the A&M defense continued to start the season. The Aggie defense pressured the QB early and often while clogging running lanes steadily throughout the afternoon.

Sam Houston recorded only 198 offensive yards (107 rushing/91 Passing) and 10 first downs (one of which coming on a fake punt late in the game). Freshman DL L.T. Overton and junior DB Antonio Johnson both recorded a sack. Defensive back Jardin Gilbert grabbed an interception for Texas A&M.

Receiver Ainias Smith performed as the 12th Man would have expected. The senior finished as the Aggies leading pass catcher on Saturday with six receptions for 164 yards and two touchdowns. In a game that seemed to lack a natural flow and rhythm for Jimbo Fisher’s offense; Smith provided the steady hand(s).

5. Your Wish is Jimbo’s Command

Coming off of a disappointing 2021 campaign, Aggie fans everywhere have been begging for a more vertical passing game from Jimbo Fisher and the A&M offense. Although much of QB King’s performance was inconsistent, he connected on three scores with passes of over 40 yards. King found Yulkeith Brown for a 66 yard touchdown in the first quarter followed by two TD passes of 63 and 43 yards to Ainias Smith. 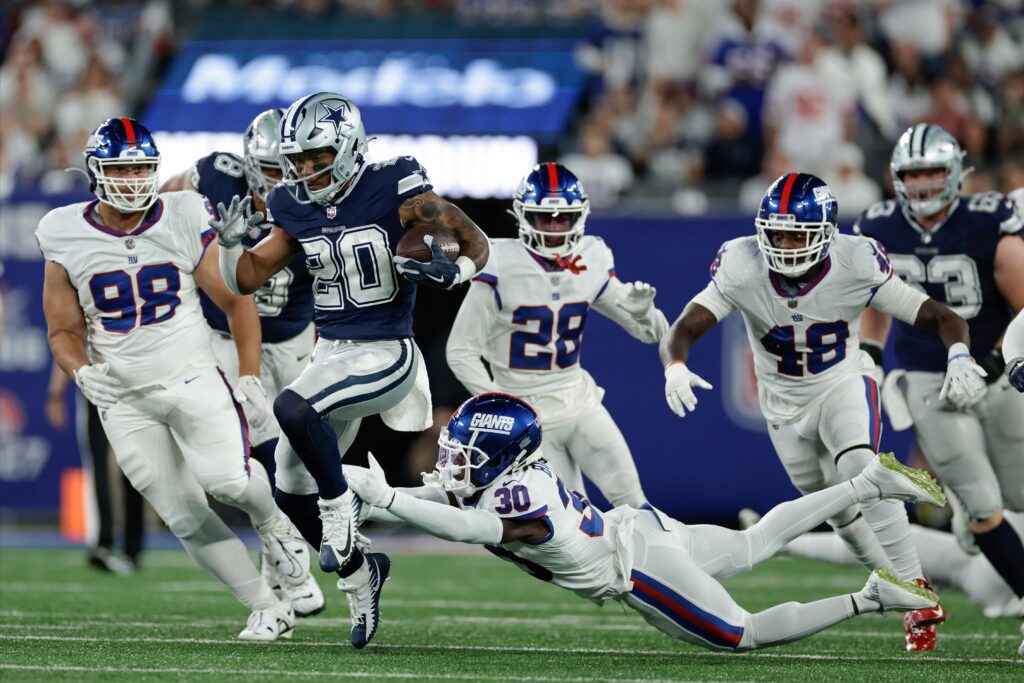