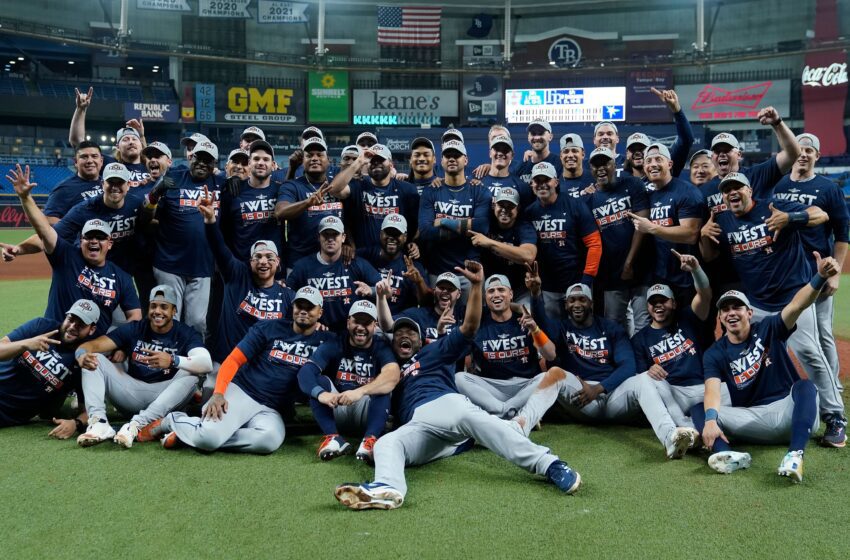 Do you remember what major league baseball used to be like around here? We loved our Astros, loved them deeply. Our grandfathers and fathers passed down their love of our hardball team to us, and they’re the reason some of the very best days of our lives were spent in the Astrodome and at Minute Maid Park.

The Astros of all those other eras gave us countless hours of entertainment and of thinking that maybe, just maybe, if the bullpen holds up and the guys stay healthy and we catch a break here or there, our team might someday have a World Series of our very own in Houston.

It was a distant concept, something they did in New York and St. Louis and Detroit. In Houston, we could never get over the hump. Our ownership wasn’t very good. Our front offices made dumb trades. Our players let us down. Sounds funny now when our Astros are one of the two or three smartest, most efficient and most successful operations in the sport.

In their first 34 seasons, the Astros went to the postseason just three times and didn’t win a single series. Drayton McLane’s ownership began a new era with the club making the playoffs six times in a nine-season stretch between 1997 and 2005.

Finally, in 2004, in their 43rd season of existence, the Astros did something that’s taken for granted in other places: They won a postseason series.

And in 2005, it got even better with a breakthrough trip to the World Series only to be swept by the White Sox. When Game 4 ended, the players were so grateful at the love they felt from fans that they filed back onto the field at Minute Maid to say thanks.

Until Jim Crane purchased the Astros in 2011, this was by far the sweetest moment in franchise history. That was then. Something fundamental changed when Crane took over.

He hired the brilliant Jeff Luhnow to run baseball operations, and in the fourth year of their partnership, the Astros were back in the playoffs. That was a modest beginning, a Wild Card victory at Yankee Stadium (thank you, Dallas Keuchel) followed by a Game 5 elimination at the hands of the Royals in an American League Division Series.

Nothing has been the same since. The Astros clinched their fifth American League West championship in six seasons with a 4-0 victory over the Rays at Tropicana Field on Monday night. They had a relative tame celebration on the field, then a wilder one when they got inside. They celebrated because, as manager Dusty Baker said, moments like this one can never be taken for granted. Taking a moment to appreciate the journey is part of what makes the journey special.

“I really want the guys that haven’t been here before to experience this,” he said.

This is now routine for Houston’s baseball team. They give us so many moments of joy that we may not enjoy it as much as we should. Instead, we fret about the postseason matchups and about winning a second World Series, which would go a long way toward erasing the stain of the 2017 title and the cheating scandal.

We now know other teams were cheating, too, but that doesn’t forgive the Astros for their behavior. Let’s hope it never overshadows all that they’ve accomplished.

Jose Altuve, crafting a Hall of Fame resume, is the only through line in this eight-year run. George Springer and Carlos Correa and Gerrit Cole were foundational players. All departed via free agency, and the Astros roll on, winning and winning and winning.

As former Astros manager AJ Hinch once said: “It’s not normal to win 100 games every season. This won’t last forever.” He’s surely right about that. Major league payrolls are cyclical, and teams must make tough decisions about who goes and who stays to keep the payroll manageable.

I could not imagine the Astros winning without Springer, their spiritual leader. Since he departed after the 2020 season, the Astros have won the American League West twice and are trying for a second straight trip to the World Series.

Homegrown starting pitchers have allowed them to keep winning. Of their 148 games, 110 have been started by a homegrown pitcher. Justin Verlander (17-3, 1.78) is going to win the AL Cy Young Award for the third time, but those other six have held up their end of the deal by going 56-30 with a 3.22 ERA. The Astros are so loaded that their top prospect, Hunter Brown (2-0, 1.20), made just his third major league appearance on Monday. He’s likely to be pitching out of the bullpen in the postseason.

This is also true of the position players. Among them, the top seven in terms of plate appearances have never played for any other major league franchise.

The Astros best player, Yordan Alvarez (.304 BA, 37 HR), doesn’t qualify as homegrown since he was acquired in a 2017 minor league deal with the Dodgers. First baseman Yuli Gurriel was a veteran free agent signing out of Cuba.

But the others, the core—Altuve, Alex Bregman, Kyle Tucker, Jeremy Pena, Chas McCormick—have never spent a minute with another major league franchise.

These Astros have a dazzling 2.92 ERA, lowest in the American League. Astros starting pitchers have a 3.02 ERA and are tops in innings pitched and batting average (.213).

Their offense has sputtered at times as various players have had their ups and downs. But only the Yankees and Blue Jays have scored more runs among the 15 AL clubs.

All of this guarantees them nothing in October. The Mariners, Rays and Blue Jays are formidable. The Guardians are baseball’s youngest team and one of baseball’s biggest surprises. The Yankees are, well, the Yankees.

The Astros will have home-field advantage throughout the AL playoffs. If it feels like a repeat of the 2017 Dodgers-Astros World Series is on the horizon, that’s looking way too far down the road.

At least a half-dozen teams—Braves, Mets, Mariners, etc.—would surprise no one by getting to the Fall Classic. On the other hand, none of them have the experience in big moments that the Astros have.

However it plays out, it’s going to be a spectacularly fun ride, and it ain’t our first rodeo.