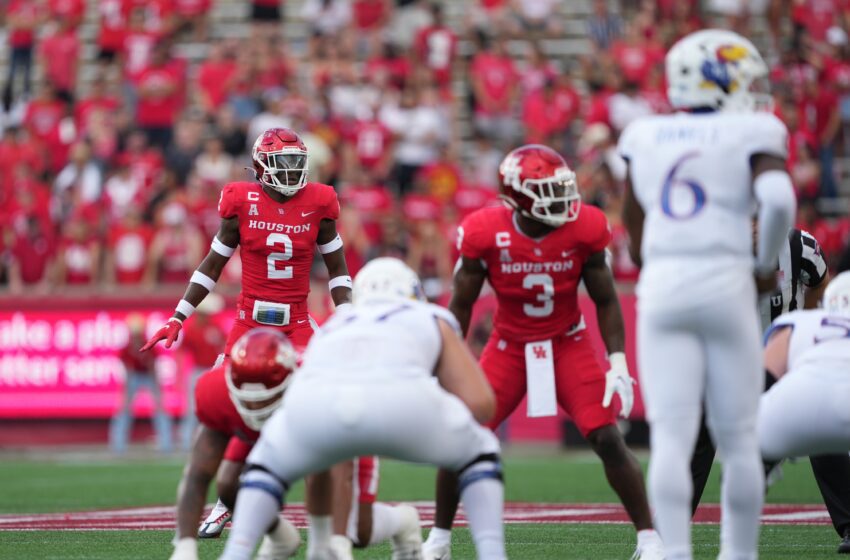 The Houston Cougars football team is trying to not be defined by the last two games as it enters its Week 4 game against Rice, but UH also knows it is at a pivotal point in its season.

Houston head coach Dana Holgorsen called together his eight captains for a meeting on Sunday. Holgorsen focused on talking about what needs to be done to rally the team and emphasized that this iteration of the Cougars is not the 2021 team, UH defensive back Gervarrius Owens said.

“It’s sad that he has to tell us that because I mean that is how we should be playing already,” UH tight end Christian Trahan said. “But now, it’s on the front line because it is almost do-or-die, and I feel like everybody knows that now.”

The message Holgorsen shared with his team this week was simple. Do your job, he said. From coordinators, coaches and players, that is what the head coach wants everyone to emphasize against Rice. Nothing more, nothing less.

Leading up to the game, it seems like the message worked. Defensive coordinator Doug Belk, Trahan, defensive back Art Green and Owens all talked about how everyone needs to do their jobs for the team to be successful.

“You got to be able to focus on your job and do what you need to do for the team more than what you think is important for yourself as a player,” Belk said. “That’s my message to our guys. Focus more on how you play and what you are able to do to help our team more than how you look.”

On the defensive side of the ball, Houston has had players seeking to make game-changing plays. At times it has led to players’ eyes being in the wrong spot and resulting in bigger plays for opposing teams, Belk said.

The Houston Cougars football team will face another challenge in a balanced Rice offense that has playmakers at receiver, running back and a quarterback with a live arm and quick throwing motion, Belk said. UH is also playing an Owls team that is playing with confidence, Rice head coach Mike Bloomgren said on Wednesday.

For the Cougars, the focus is internal, Green said. Houston knows what it has put on film through three games has not been a step in the right direction, and it is trying to figure out what the issues have been and is looking to clean it up, Owens said.

While the defense has struggled early on, the unit is confident when they eliminate mistakes such as unnecessary penalties or missed alignments, they can compete with anyone, Green said.

“We know if we can just line up, and know our jobs, there’s not a lot of people that can beat us when we focus,” Green said. “When we are doing those small things, we can win.”