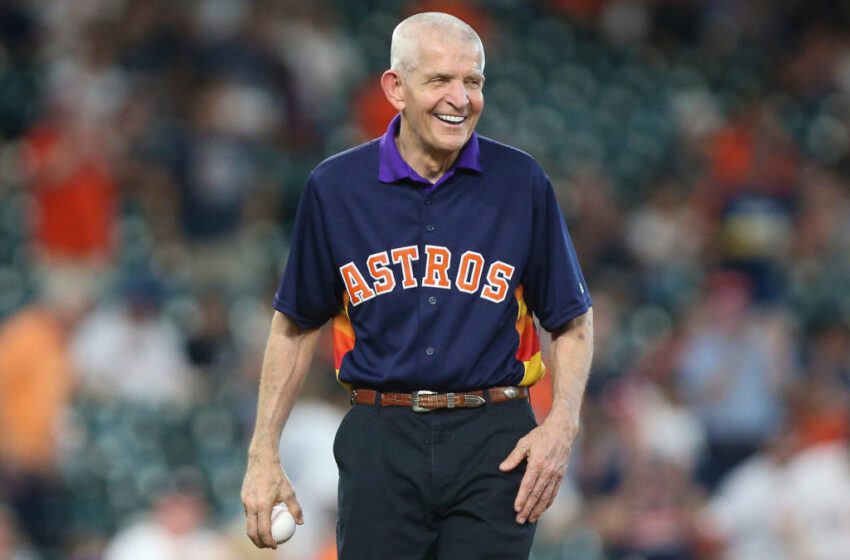 Mattress Mack has a tell.

Usually, that’s a gambler’s worst nightmare – especially for someone as accomplished and experienced in the game as Mack. But this is different. This is embraced. This tell is as deliberate, calculated and meaningful as anything in Jim McIngvale’s 71-years of philanthropy and determination.

When asked to think hard and explore the sincerest reasons why a man so established would dive into a saturated market of sports and gambling content, his demeanor changed.

Why GallerySports.com? Why now? Why bother?

Mack paused. He set both hands on the table in front of him, leaned forward and trained his eyes on the interviewer. He stared, unflinching, and lowered the tone of his voice.

“What this means to me,” McIngvale said, “is it’s unifying. We need this.”

He, however, doesn’t need it. He’s rich and popular and has a legacy so strong, even his solid wood furniture would blush.

But like so many things Mack has done while building a furniture empire and sports gambling legend, it’s not just about him. It’s about offering something no one else even dares, doing it big and in the communities he loves so deeply.

“We have become a society that is so divisive, everybody hates each other,” McIngvale said. “But when I go to that Astros game, there’s black people, white people, Hispanic people, Asians, Muslims. And they’re all happy. They’re all together. It costs money to go to those games. It’s hard. It’s an investment, but it means that much to them. I took a reporter from Texas Monthly to a game and we got there 30-minutes before it started. By the time we got to our seats, it was the fifth-inning. Every other person wanted to take pictures. They wanted to talk. They were there for their birthdays. They saved up to take the family. They had special occasions. It’s a big deal. So if we can do something to enhance these people’s memories of the game or the event, or give them some insight they wouldn’t learn anywhere else, then we’re doing something good for them. That’s why.”

Rest easy, sports fans. Mack has melded his lifelong passions and, like always, done it like no other.

GallerySports.com will be the easiest bet Mack ever has placed, because he’s gambling on himself. And he’s rarely missed when he’s done that. He’s doing it the Mack Way, too, featuring some of the most notable and respected writers, editors, content creators and data providers in sports. He’s investing not what he can, but whatever it takes.

While known as a furniture magnate-turned-mega-sports gambler, the exact opposite is where the roots of GallerySports.com sprouted.

Mack grew up with sports in his blood and a penchant for daring to step up in class with every swing. The son of George McIngvale, a member of the last undefeated Mississippi State football team, Mack was a linebacker on the University of Texas’ 1969  National Championship team.

After transferring to the University of North Texas, Mack started and excelled under coach Hayden Fry, capping his career with an interception against San Diego State in his final game

“My father was there, he went to all my football games,” Mack said. “And he was a big gambler. So rather than me flying back on the plane to North Texas, I talked to Coach Fry and he said I could drive back with dad. We stopped in  Las Vegas and that was the first time I ever gambled.”

“So if we can do something to enhance these people’s memories of the game or the event, or give them some insight they wouldn’t learn anywhere else, then we’re doing something good for them. That’s why.”

Long before he ever donned a mattress for a late-night Gallery Furniture commercial, Mack knew there was a symbiotic relationship between sports and comfort.

Long before he ever built relationships with so many sports teams college and pro along the Gulf Coast, before building Westside Tennis Club, before leading efforts to bring Olympic sports and college bowl games to Houston, before owning training facilities for the Houston Rockets and betting millions on the Houston Astros and other teams, he was stepping up in class. No matter how impossible it seemed, Mack always dared to achieve.

He’s always bet on himself. He always has seen sports as a conduit for good business and good vibes in the city and region he cherishes.

This venture began to crystallize in the early 2000s, when Mack began to offer customer incentives linked to outcomes on games. But it wasn’t until a happy coincidence in 2014 that Mack realized it was an inevitable part of him.

“These two guys who work here were Peyton Manning freaks and they convinced me Denver was gonna roll over Seattle in the Super Bowl,” Mack said. “And of course, they snapped the ball over (Manning’s) head on the first play and it was downhill from there. I didn’t hedge that one, either. That was $9 million.

“But that (incentive) was powerful. Those emotions. The way people came out.  It was the first time ever on a  Saturday night, we closed the store at five o’clock. We had no more furniture. Everything was gone. Everything.”

“All these sports fans are hungry for info and they want it quick,” Mack said. “That’s the other thing I’m good at …  fast, fast, fast.

“The question I ask is, if this furniture store went away, would the customers miss us?  I think they definitely would, because we have same day delivery. Gallery sports will be the same, because the content is so good. That’s the goal.”

Mack will deliver. Of course.