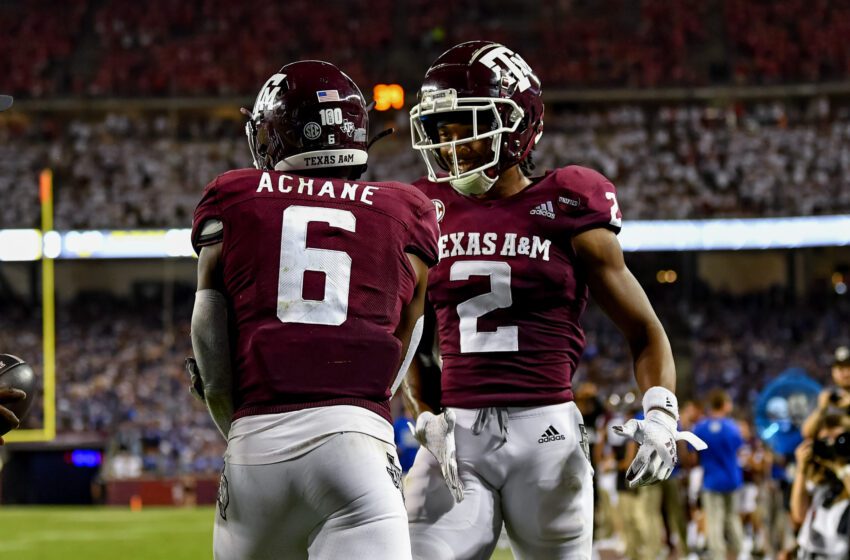 When the Aggies have the ball:

Texas A&M will have a new starting quarterback under center on Saturday night, LSU transfer Max Johnson. Head coach Jimbo Fisher has said repeatedly that the Aggies practice sessions have been “really, really good”. It’s time for the A&M offense to show a “really, really good” performance on game day.

Sophomore Haynes King won the quarterback battle in the spring, but apparently had a two game leash with Jimbo Fisher. King went 13-20 from the pocket for 97 yards through the air last week. Fisher & the 12th Man now look to the junior transfer (LSU) Max Johnson in hopes of righting the ship against no. 13 Miami under the lights at Kyle Field.

When the Hurricanes have the ball:

Although being 1-1 after two games is more than disappointing for Texas A&M, the Aggie defense has been a bright spot early in 2022. In terms of quarterback play, they will face arguably their biggest test of the 2022 season when the Hurricanes line up on Saturday night. Miami QB Tyler Van Dyke is considered by most NFL scouts to be a future first round draft pick.

Look for the Aggie defense to bring pressure early and often against the Canes and the sophomore quarterback. A&M’s defense has allowed only two touchdowns (both vs. Appalachian State) thus far in 2022. The Aggies have also allowed the third fewest yards per game in the SEC (256.5) two games into the season.

The transfer quarterback will be getting his first start for the maroon and white. Johnson broke Aggie hearts in last year’s season finale as the LSU quarterback; dropping a 28-yard dime into the endzone towards the end of regulation giving the Bayou Bengals a 27-24 victory in Baton Rouge over A&M.

Smith has been the dependable offensive weapon two games into this year’s football season in College Station. He will be Max Johnson’s best friend on Saturday night against the Miami Hurricanes.

Ainias Smith is lightning in a bottle, and has proven so throughout his tenure at Texas A&M. Even amidst the dismal Aggie offense through two games he’s been productive. Smith has 10 receptions for 185 yards and two touchdowns heading into the matchup with Miami. The Hurricanes defense is allowing 228 yards per game through the air, ranking 76th amongst all FBS programs.

A record breaking recruiting class. A Jimbo Fisher left jab landed on arguably the best college football coach of all time, Nick Saban. There’s no denying that Texas A&M had a productive offseason. A successful spring, but.. Now it’s fall. Now is all that matters. Now will dictate the future of Jimbo Fisher and his program in College Station.

Coming off of a shocking upset at Kyle Field at the hands of Appalachian State last week, there’s only one thing for Jimbo and the Aggies to do when the no. 13 Hurricanes roll into Kyle Field on Saturday. In the words of the late Al Davis, “just win, baby”.