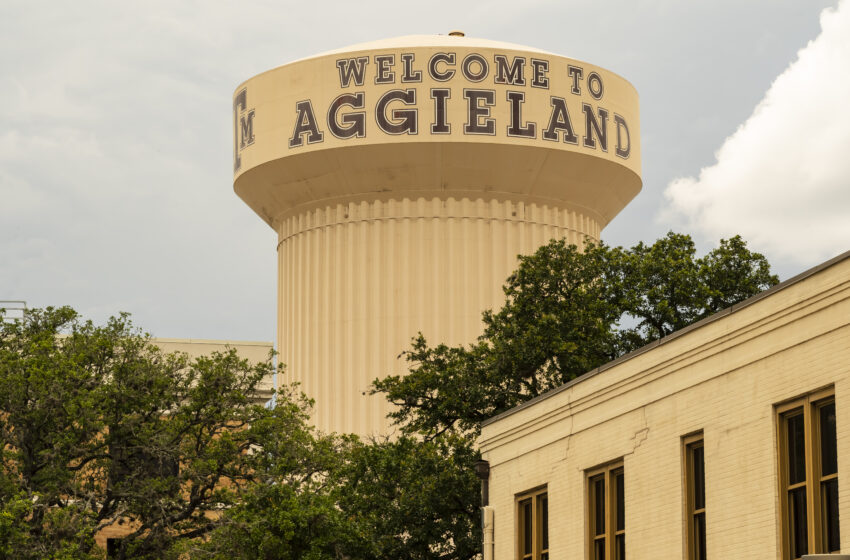 What’s at Stake: The mental health of Texas A&M fans.

When the Aggies have the Ball

Be convincing. Early and often.

Jimbo Fisher and Texas A&M had an eventful offseason. Fisher reeled in the greatest recruiting class on record and verbally sparred with Alabama Head Coach Nick Saban, both occurring on the heels of an 8-4 season for A&M. Jimbo and the Aggies can begin to quiet the headlines by coming out Saturday morning displaying a well-oiled offense that avoids stagnation against a lesser opponent.

Sam Houston State is possibly the king of all “cupcake” games; an FCS program that has lost only one game in two years. However, Texas A&M should be looking to get out ahead at a rapid pace. Leaving no doubt. The recipe? Use physicality up-front, have junior running back Devon Achane start strong on the ground. Produce opportunities for quarterback Haynes King to find success.

The Aggie offense should be aiming to have the season opener all but won by halftime, providing the chance at a glimpse of quarterbacks Max Johnson (LSU transfer) and Conner Weigman (five-star freshman) in the second half. Bottom line; the maroon and white must show a sense of urgency.

When Sam Houston has the Ball

To put it mildly, the Aggies pass rush was effective last season. A&M’s defense racked up 39 sacks in 2021 which ranked 8th amongst all FBS programs. Four players accounted for 26 of those 39 sacks. Those four are no longer in Aggieland. Yet, when it comes to pursuing the quarterback and being disruptive at the line, there should be no anticipated drop-off in production. The defensive line is arguably the deepest position Jimbo Fisher has this year.

The equation is simple for Defensive Coordinator D.J. Durkin’s defense. Wreak havoc at the line and let a talented group of defensive backs go to work. Talented and confident defensive backs. Earlier this week highly regarded Texas A&M DB Antonio Johnson spoke about Saturday’s game with SHSU saying, “It’s just gonna be us waking the world up, like, we here.”

Fisher was not in a rush to name his starting quarterback this year. The collective eyes of the 12th Man are now squarely on Haynes King.

The Longview native was crowned the starting quarterback last season only to suffer a season ending injury in A&M’s second game of the year against Colorado. King provided an extremely small sample size that was much less than desirable.

Kyle Field will undoubtedly be expecting to see a more than stellar performance from the young man who won the starting job again, this time over transfer Max Johnson and five-star freshman Conner Weigman.

King’s athleticism, speed, and overall wow factor are undeniable. Jimbo will need him to make the right decisions and take care of the football on Saturday, and every game he’s under center this year.

The 12th Man and college football fans fell in love with Achane in January of 2021 as the Aggies took on the North Carolina Tar Heels in the Orange Bowl. With 3:44 left on the clock, Achane broke free for a 76-yard touchdown run that would put the Aggies ahead and they would go on to win 41-27.

Look for the junior running back to get carries early and often. Board the Achane now as it gets rolling in College Station.

Sam Houston State has put together a top tier FCS program in recent years. One loss in two years. A football team that Bearkat fans and the state of Texas can absolutely be proud of. That being said…

This should be a kickstart for Texas A&M and Head Coach Jimbo Fisher in 2022. The Aggies should handle the Bearkats with ease, while getting eyes on their freshman players, and most importantly-see what quarterback Haynes King may have to offer.

There are 55 miles between the campuses of Sam Houston and Texas A&M. The Aggies should at minimum approach that point differential when the score goes final on Saturday.