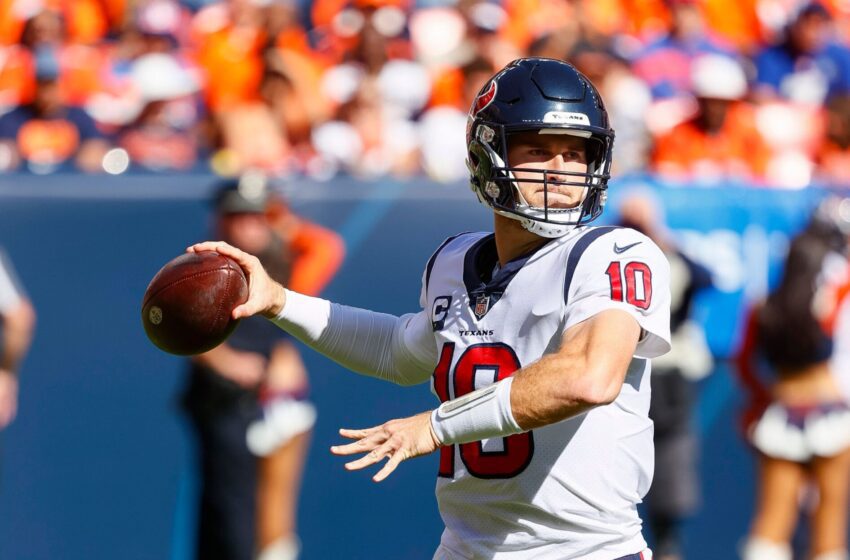 In the Texans’ first two games against Indianapolis and Denver, there’s been no resemblance to the Davis Mills we saw over his last four games as a rookie.

In his second season as the starting quarterback, Mills was inconsistent but decent in the 20-20 tie with the Colts. He was disappointing in Sunday’s 16-9 loss at Denver, failing to generate a touchdown despite reaching Broncos’ territory five times and being forced to settle for three Ka’imi Fairbairn field goals – a recipe for failure.

On a glorious afternoon in Denver, the Texans blew an opportunity to upset the Broncos and quarterback Russell Wilson, who played his first home game with his new team after opening with a loss at Seattle.

Lovie Smith’s defense played well enough to win, allowing one touchdown. The Texans did a terrific job against Wilson. The difference turned out to be Wilson’s one touchdown pass to Mills’ none.

Call it a victory for Wilson’s experience over Mills’ youth.

In his second game with Pep Hamilton as his offensive coordinator and play-caller, Mills completed 50 percent of his passes. He threw for 177 yards without a touchdown or interception. His rating was 63.2 – his lowest in seven games.

“Davis needs to get better like we all need to,” Smith said after the loss at Empower Field at Mile High. “We need more from Davis, but it starts up front with Davis having a little more time and the running game being a little more productive.

“The passing game, we didn’t get the production we needed to. We dropped a couple of balls. Protection broke down at times. I’m seeing us stall at times. We’re not there yet. We show flashes of what we can be.”

The Texans led the Colts and the Broncos in the fourth quarter and could have won both games.

In the tie with Indianapolis, Mills completed 62.2 percent. He threw for 240 yards and two touchdowns without an interception. His rating was 98.9.

In Sunday’s defeat, Mills seemed out of sync with his receivers too many times. At other times, he overthrew or underthrew his passes.

It didn’t help on third-and-goal from the Broncos’ 6-yard line in the third quarter that Mills threw a pass into the end zone that Brandin Cooks didn’t catch. That 24-yard Fairbairn field goal gave the Texans a 9-6 lead, but it would be the last time they scored.

“We had a pretty good play called, but we weren’t able to come up with the catch,” Smith said.

Mills’ pass wasn’t perfect, but the usually sure-handed Cooks just didn’t make the catch. It turned out to be a catastrophic mistake.

“That’s one of the opportunities we missed on,” Mills said.

That opportunity began on the Broncos’ first series of the third quarter. Linebacker Christian Kirksey made a terrific play down the field when he intercepted Wilson by taking away the ball from receiver Courtland Sutton at the Denver 45.

“When the defense gets a takeaway like that, we have to get a touchdown instead of a field goal, and it’s a different game,” Mills said. “When the game’s on the line, our job’s to win the game in the fourth quarter.

“I know I missed some throws, and we had some missed opportunities I have to be better with.”

In 2021, Mills was the NFL’s highest-rated quarterback in the red zone. This season, he’s been in the red zone two times in two games, an embarrassing number.

Not only could the Texans not reach the red zone more than once, they converted only 15 percent on third down (2-of-13).

The Texans ran the ball better against the Broncos than they did the Colts. That’s because they gave rookie Dameon Pierce 15 carries, and he responded with 69 yards and a 4.6-yard average per carry. Rex Burkhead didn’t get to carry the ball. The Texans still produced only 80 yards on the ground.

And the Texans won’t be able to come through, at least on offense, until Mills improves on the effectiveness and consistency of his last four games as a rookie.

(John McClain can be heard on Sports Radio 610 on Tuesday, Wednesday and Friday. He does three weekly Houtopia Podcasts for the station. He also appears on Texans Radio on Monday and Thursday and can be read on SportsRadio610.com) 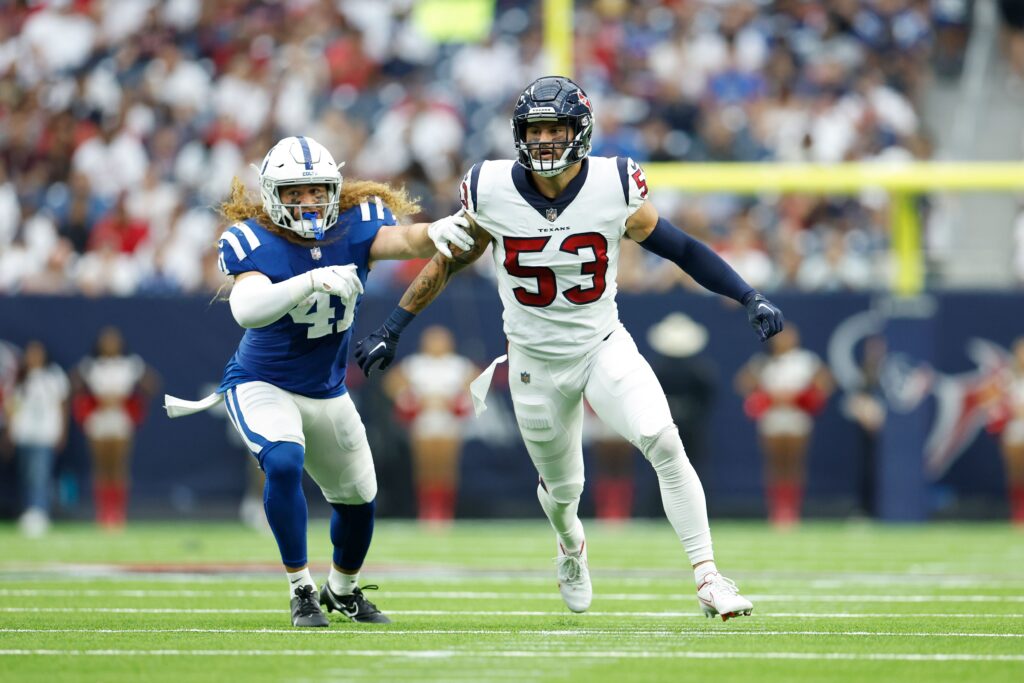