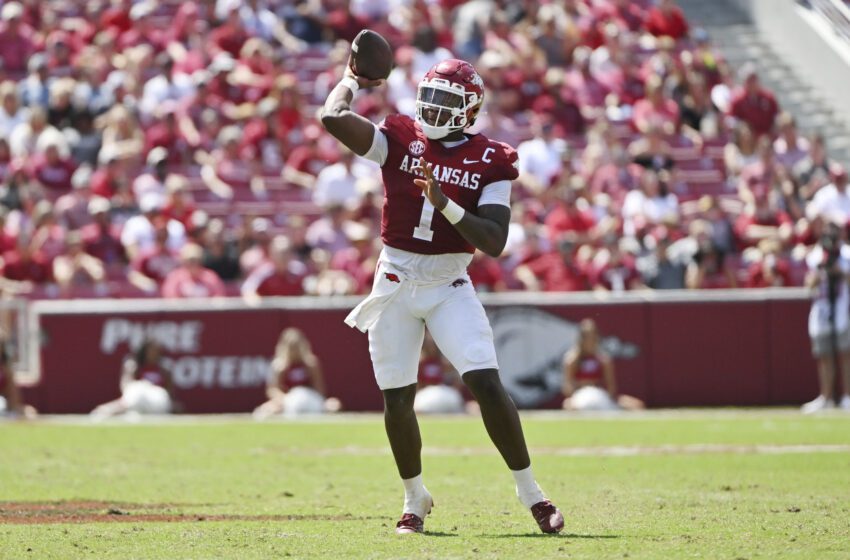 Week three in the SEC featured some big wins, narrow escapes, and a good old-fashioned beatdown. If we can say just one thing about the college football season thus far, it’s been entertaining, to say the least. In the SEC, that’s been taken to a whole new level.

As the page turns to another week of college football, here are some key highlights and observations from around the SEC heading into week four of the college football season.

It’s almost like you probably already know what’s next. We’ve said it before, and we’ll probably have to say it again, no matter how painful and redundant it is. Georgia is being Georgia, and Alabama continues to be Alabama. Both teams won in week three, convincingly, to say the least. Everyone is waiting for one of them to stumble, but all they keep doing is delivering knockout blows to whatever unlucky contender they seem to face.

The way Georgia is playing, I’m not sure they’ll lose a regular season game this season. They’ve still got Tennessee, Florida, and Kentucky left, which are probably the three best teams left on their schedule, but do we really believe any of those teams can knock off Georgia? I’ve seen nothing from any of them to indicate that they can. But hey, that’s why the games are played right, and it is a long season.

For Alabama, the SEC West is just so much better than the East right now; it’s almost embarrassing. Alabama has a gauntlet of a schedule left, and some teams on here could make things interesting on any given Saturday. They have to play Arkansas, Tennessee, LSU, and Ole Miss all on the road. Three of those teams remain unbeaten, and LSU looked really good after a slow start versus Mississippi State.

The gauntlet doesn’t stop with the tough road games. They also have Texas A&M, Mississippi State, and Auburn at home. So, between the two SEC powers at the top, it’s definitely Alabama that has the more challenging path.

Aggies rebound, are they back?

It was a huge weekend in College Station. You had the Gallery Girls and Mattress Mack all tailgating and getting ready for the big matchup between the Aggies and the Canes. You had a new starting quarterback under center for Jimbo Fisher and the Aggies all under the lights in primetime. The defense and special teams paved the way for the Aggies on Saturday on the way to a 17-6 win. But are they back?

Cue up Lee Corso’s ‘not so fast my friend’, they did win the game, but it was an ugly game. With that said, a win is a win. Max Johnson didn’t exactly set the world on fire with his performance. Is he the guy moving forward, or will Fisher be the gatekeeper of a QB merry-go-round in College Station?

Things won’t get any easier for the Aggies in week four when they head to Arlington (TX) to take on the 3-0 Arkansas Razorbacks.  I think if I’m Jimbo Fisher, I’m rolling with Max Johnson, but you definitely need to see some improvement upon last week’s showing. If they can top the Razorbacks in Jerry World, then it might be time to say they’re back after the App State mishap in College Station. But today, I’m not ready to go there just yet.

Another big weekend of SEC football with two matchups between top 25 divisional foes.

The Razorbacks looked really good in weeks one and two, last week against Missouri State; they left a lot to be desired. After giving up an early lead to Missouri State, the Razorbacks went on to win 38-27 over the Bears. They can’t afford a slow start like that this week.

If the Aggies really are back, they’ll have to show it this week. If Max Johnson remains the man under center, he’ll have his work cut out for him trying to keep up with an improving Hogs’ offense that’s averaging over 37 points-per-game led by junior quarterback KJ Jefferson.

After an impressive season opener, Florida has looked lackluster at best in the last two weeks. They lost to an undermanned Kentucky team, and barely skated by South Florida in week two. The Heisman talk regarding Anthony Richardson has already received a six-gun-salute and the Florida team we saw Saturday night, looks like a team that would be lucky to win seven games tops.

On the other sideline you’ve got a revitalized Tennessee team under Josh Heupel. Let’s paint the picture what it is. Two of Tennessee’s three wins did come against MAC teams, but the Vols put up 59 and 63 points respectively and allowed just 16 points combined to the two teams they were expected to beat.

They’ve also got a quality week two win over then ranked No.17 Pittsburgh, where they won 34-27 in a hostile road environment.

The Volunteers have beat Florida just one time in the last 17 games and unless we see a different Florida team than we saw the last two weeks I think the Vols will pick up another win in the historic rivalry on Saturday night.

Rest of the slate