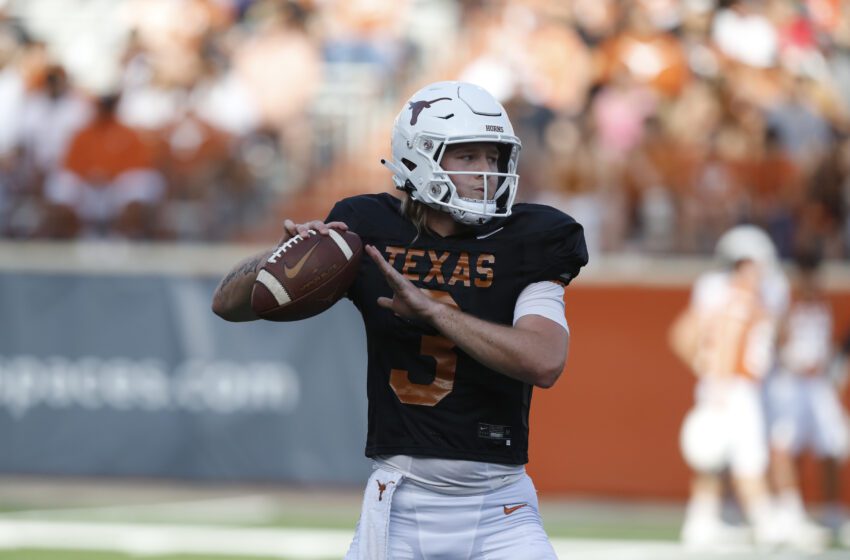 The University of Texas just announced that head football coach Steve Sarkisian will keep his team’s depth chart top secret. So if you want to know who’s playing for the Longhorns against Louisiana Monroe on Saturday, you’ll have to tune into the Longhorn Network if you’re lucky enough to be one of the eight people with access to it.

Some of you will roll your eyes at a decision like this one. You’ll wonder how it gives the Longhorns any sort of competitive advantage. You’ll say it oozes insecurity and adds to the belief that Sarkisian is not long for the Forty Acres.

We’ll push the pause button for a moment and allow you to get your mind around such a notion. I understand some of you Longhorn fans lost faith last season. You’ll point out that Texas has finished higher than 19th in the Associated Press Top 25 once in the last dozen seasons. That’s a span of four different head coaches, from the end of Mack Brown’s brilliant tenure to the beginning of Sarkisian’s.

You don’t want to hear about recruits because Texas has always signed excellent recruiting classes. You also do not want to hear talk of progress in Sarkisian’s second season. Progress is for losers. Texas does not do progress. When you have the most money, the best facilities, the greatest city and a spectacularly beautiful campus, you have no excuses. About the only thing you struggle with his humility.

Those advantages are why Sarkisian correctly is on the hot seat after one season in Austin. So is the man that hired him, UT athletics director Chris Del Conte. Or at least he should be.

He overlooked Sarkisian’s mediocre head coaching record and hired him because (a) Sark does not get credit for the excellent program building he did at Washington, (b) is a brilliant quarterback whisperer and play caller and (c) just spent six seasons working down the hall from the greatest coach in history, Nick Saban.

In his first season, Sarkisian was terrible and so were the 5-7 Longhorns. He’s the first to blame himself. (Well, not the first, harumph, but you get it.) No one should post the school’s longest losing streak in 65 years (six games, or was it 106 games?) and feel safe. Losing to Kansas. Blowing double-digit leads against Oklahoma, Oklahoma State and Baylor. Getting manhandled by Arkansas (333 rushing yards) and Oklahoma (339 rushing yards). To allow Baylor to score 21 straight points and Oklahoma State the final 19 points of the game. Of 130 Division I football programs, the Longhorns were 100th in total defense.

Did he learn? Yes, it says here that he did. He understands that Texas simply did not have the resolve and resilience, and most of all, the right type of player at some positions. Those intangibles are elusive, especially after so many seasons of mediocrity. They also don’t happen overnight.

This week when reporters asked Texas defensive tackle Moro Ojomo about what has been portrayed as a complete overhaul of the program, he did not hesitate.

“I mean, definitely,” he said. “We’ve completely revolutionized this team in the last two years while Sark has been here.”

Sarkisian has reverted to some of Saban’s critical recruiting guidelines: Will this player have a specific, definable role in our system? Is this the type player we want in our building?

Texas has 35 new players, including a top five recruiting class. Just as important, as Dave Aranda did after a disappointing first season at Baylor, Sarkisian confronted the things he must do better. Texas had two critical, identifiable needs, and this offseason delivered both: an infusion of talent across the board and a great quarterback. He upgraded both the offensive and defensive lines, which needed massive upgrades.

At one of his Super Bowls with the Cowboys, Jimmy Johnson was asked  the key to building a champion. He gave the shortest, most brilliant answer in history: “Get dominant in three areas: offensive line, defensive line, quarterback.”

Texas will be dramatically different in both lines, which leaves the quarterback position. This is the single most important position in all of sports because great quarterbacks can cover up holes in lots of other areas. They can make mediocre teams average and average teams competitive. No game is lost. Mack Brown’s teams were 75-10 in games started by Vince Young or Colt McCoy.

So everything Sarkisian hopes to do in his second season—eight wins is likely, nine or ten possible—hinges on Quinn Ewers, the Southlake Carroll kid that left high school a year early for Ohio State to cash in on NIL money. He has a rocket of an arm and a raging competitive fire.

Not every talent evaluator sees him as a superstar, and if he’s not way above average, an entire season could do up in flames.

Let’s say he’s exactly what the people that made him the No. 1 recruit in the nation last year say he is. That changes everything for Texas. That’s the rocket fuel the Longhorns need.

Texas also has one of the five best players in college football in running back Bijan Robinson, the kind of resplendent talent capable of turning losses into wins. He’s also the type that can helped an inexperienced quarterback find his comfort level.

NFL scouts for years have badmouthed Texas players, saying they’re too soft, too spoiled and that the atmosphere around the program is so influenced by Austin cool that the pressure to perform is not there. If that environment ever existed, it’s up to the head coach to change it.

The first thing you Texas Longhorn fans have to do is sit up straight and dry those tears. Haven’t we made you feel better already?

This is about getting the right head coach. When Mack Brown arrived in Austin in 1998, some Texas officials and boosters believed the program would never regain the prominence it had under Darrell Royal and Fred Akers.

Texas had finished out of the AP poll 10 times in the previous 14 seasons. The Longhorns best season in this stretch was 1990 when they went 10-1 and got crushed by Miami 46-3 in the Cotton Bowl.

Mack Brown restored the Texas luster and then some. Twelve seasons later, Sarkisian has a chance to show this is his moment. Here’s predicting he’ll do just that.