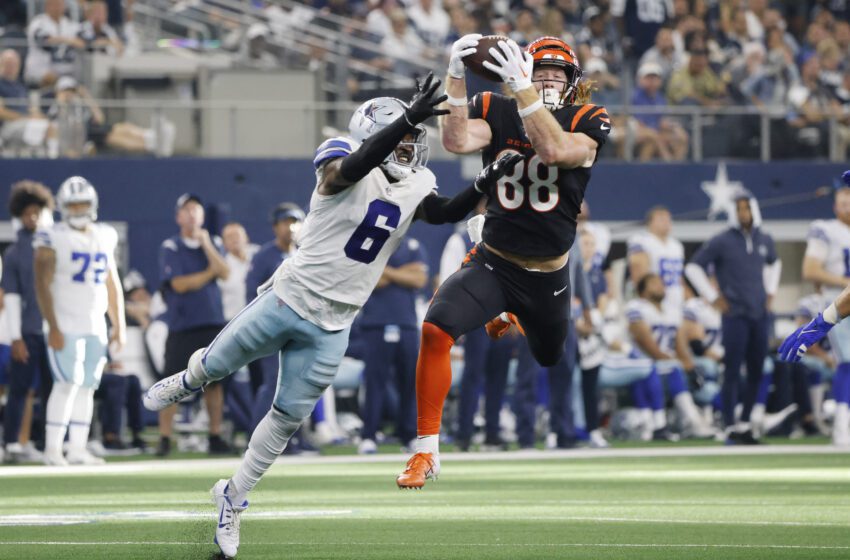 On the football field, that is.

The Cowboys starting strong safety is a hitting machine; because of that, he is one of the players that sets the tone for one of the top defenses in the NFL.

“I am somebody the guys look at to set the tempo,” Wilson said. “I try to go around and play as hard as I can every play and let them feed off it.”

And when he says every play, he means it. Wilson has only come off the field for just 11 defensive snaps this season. That puts him third on the team with 121 snaps played in the two games this season.

“He is an impact player,” said Cowboys head coach Mike McCarthy. “His temperament never comes down one notch. He plays at such a high level of intensity, his instinct his awareness. He has had an incredible off season and is fully healthy. But, yeah, Don is off to a great start these last two weeks.”

Wilson had five tackles in the Cowboys’ Week 1 loss to Tampa Bay but followed that up by leading the team in tackles with eight in the win over Cincinnati – a game where Wilson’s play stood out.

“Donovan is always physical,” Cowboys defensive coordinator Dan Quinn added. “But it came alive to me in this game. There were a couple of screens, a couple hits that just feels so natural to his instincts and the way he plays. So, I was very happy to see that.”

Wilson played just over 39 percent of the snaps he was available for in nine games during the 2021 season. Behind Damontae Kazee, Wilson saw most of his action in running situations.

But that has changed this season.

Playing nearly 92 percent of the snaps so far this season, Wilson is being asked to play in both run and pass situations. Something he relishes.

“You never know what situation you’re gonna get put in, so I try to keep myself ready and available for whichever role coach needs me to play,” Wilson said.

Not only is he being asked to run, hit, cover, and tackle, but the second-year player out of Texas A&M has also been given communication responsibilities from defensive coordinator Dan Quinn in the absence of free safety Jayron Kearse.

“Just the fact that our safeties have been the Green Dot in Week 1 and Week 2 tells you what we feel about the position,” said McCarthy about how teams signify who connects with the sidelines through in-helmet communications. “Obviously very much engaged in everything we do, as far as getting us in and out of different personnel groups. So yes, it is very, very important.”

That importance will once again be on display Monday night at MetLife Stadium in New Jersey when the Cowboys take on the Giants.

Not something lost on Wilson and the defense.

“We are just trying to take it week by week,” he said. “Get better and better each week and just play off each other.”